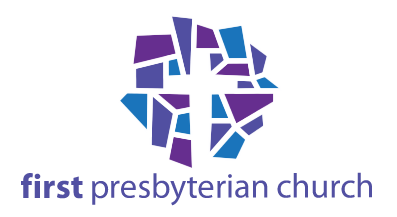 Back to STAFF PAGE

The Rev. Terri Thorn was called by God and the congregation of First Presbyterian Church into a relationship of mutual trust and service to be our pastor, teacher, and head of staff in February 2011.  This well-timed match brought together Terri's heart for the needs of the local community and the congregation's desire to become a more active Christian presence and good neighbor in Lebanon and surrounding areas.

Together we embarked on a journey of intentional prayer and discernment which led to the development of a Guiding Vision for First Presbyterian Church. Since then, we have followed the Holy Spirit's leading to become a faith community that focuses on what it means to be the church every day...and not just go to church on Sunday.  Pastor Terri is personally committed to learning continually, loving abundantly, and living faithfully and she lovingly challenges us to do the same.

Terri is a second-career pastor, graduating with an Industrial Engineering degree from Purdue in 1986.   She received her Masters of Divinity from Christian Theological Seminary in 2009 and was ordained on April 18, 2010 as Minister of Word and Sacrament in the PC(USA).

She and her husband Rob (who also graduated from Purdue with a degree Mechanical Engineering) are loyal Boilermaker fans and still hold out hope for another Rose Bowl bid (or NCAA Final Four) in their lifetime!

They have two children, Julia and Mark.  Julia, a recent graduate from University of Indianapolis with a degree in Social Work, lives in Los Angeles, CA where she serves as a Young Adult Volunteer with the PC(USA).  Mark is a junior at Purdue University studying Finance and Accounting and carrying on the family passion for Purdue sports!

The Rev. Terri Thorn was raised in Madison, IN with nearly all of her relatives living within a few minutes’ drive of each other.  She recalls that they regularly gathered at the grandparents for family meals and celebrations - including fried chicken dinners after church on Sundays.  Terri gratefully credits small-town living, along with the nurture provide by the loving saints of her small Baptist congregation, for teaching her the importance and value of a loving, faith-filled, and connected community.  Fostering this type of community and extending God's unconditional welcome to all continues to be at the heart of her ministry.

Terri met her husband, Rob, at Purdue University where they were both students in the School of Engineering.  Rob was the son of two very loving Presbyterian Elders who introduce Terri to Reformed Theology and encouraged her to ask questions in a way that she had not felt available to her in the past.   Terri and Rob were married in September 1986 and began their life together in the suburbs of Chicago, Illinois.

Terri's first career was as a management systems consultant with a major firm in Chicago.   In 1991, she and Rob transferred to the greater Indianapolis area where she continued to work in systems consulting until their first child was born. She left the corporate world to be a stay-at-home mom and began to serve as a volunteer lay pastor for a local government-subsided senior housing community.

At the encouragement of elders and pastors of her home church, Terri attended a two year Commissioned Lay Pastor* Training in 2002-2003.  (*Currently referred to as Commissioned Ruling Elder)   Upon completion, she was commissioned by the Presbytery of Wabash Valley to serve as the pastor of Geetingsville Presbyterian Church from 2004-2006.   It was in this loving community that Terri's call to seminary was discerned.  She attended Christian Theological Seminary part-time from Fall 2005 to Spring 2007.  In Fall 2007, she received an academic scholarship which required her to convert to full time study.  After graduation from seminary in May 2009, Terri entered a yearlong Clinical Pastoral Education Residency with Clarian Health System (IU Health).

The Thorns have been residents of Boone County for nearly 20 years during which time Terri has served in several pastoral and community leadership roles including terms on the Board of Directors of Love, INC and the Board of Directors for Habitat for Humanity.  She is also a trained Law Enforcement Chaplain currently serving the Lebanon Police Department. She has worked as a chaplain for other agencies as well, including Boone County Sheriff's Office and the Whitestown Police Department.

Pastor Terri has willingly served the PC(USA) denomination in many ways as well.  Her service includes:  Convener of the Presbytery Crisis Response Team, Missional Transformation Coach, Moderator of the Commission on Ministry, and BOP liaison. She has completed numerous trainings in Conflict Transformation and Crisis Intervention.

Pastor Terri believes that the good news of Christ is only good news if it is good news to all.  And while she knows she fails to do so at times, with God's help she strives to faithfully bring God's abundant grace, unending mercy, and restorative justice to her neighbors and community in the name of Jesus Christ.